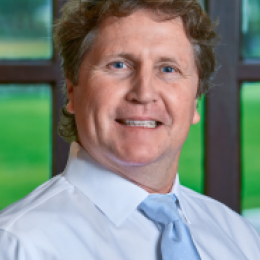 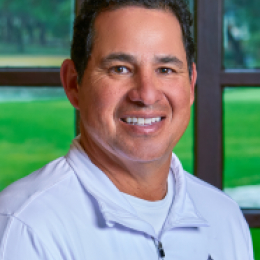 Daniel has been at The Dominion since 1999. He played at the University of Texas at Tyler. In 1996, Daniel was awarded Coach of the Year by the Texas Tennis Coaches Association, while leading his UTSA Men’s team to a successful season.  Daniel is married to Shannon and they have 3 children,  Zach, Luke and Cole.

Thomas has been at The Dominion since March of 2016.  He grew up in Sacramento, California and Acapulco, Mexico and is very happy to call San Antonio his home.  "I have had the privilege and opportunity to learn from some of the best tennis players in the world playing on all surfaces.  I love being able to make a difference in a player's game."  His friendly demeanor enables him to work with players at the  beginning of their journey and his knowledge allows him to teach the best. You'll hear "Play, compete and enjoy our great game" from Thomas.  He loves our great game! 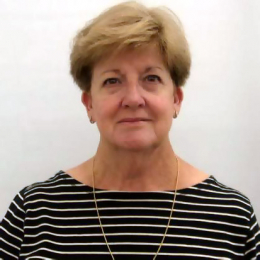 That friendly smile you often encounter in our shop is Cindy Exton, our office manager. Cindy came to us and Texas in 2003 after retiring from her position at United Airlines in Dulles Airport near DC. Prior to her airline job she worked in retail for many years including managing both a clock shop and a Wedgewood china shop for six years while her husband was stationed overseas. Cindy is a wife, mother of three, grandmother of six (so far), Disney World addict, avid tennis player, traveler and former marathoner.

Jordan grew in Midland Texas and played Division I Tennis for The University of The Incarnate Word.  He began teaching at The Dominion in September of 2015.  Jordan works with all of our Members, adults and children, and simply loves to teach.  Jordan loves to fish and play golf.